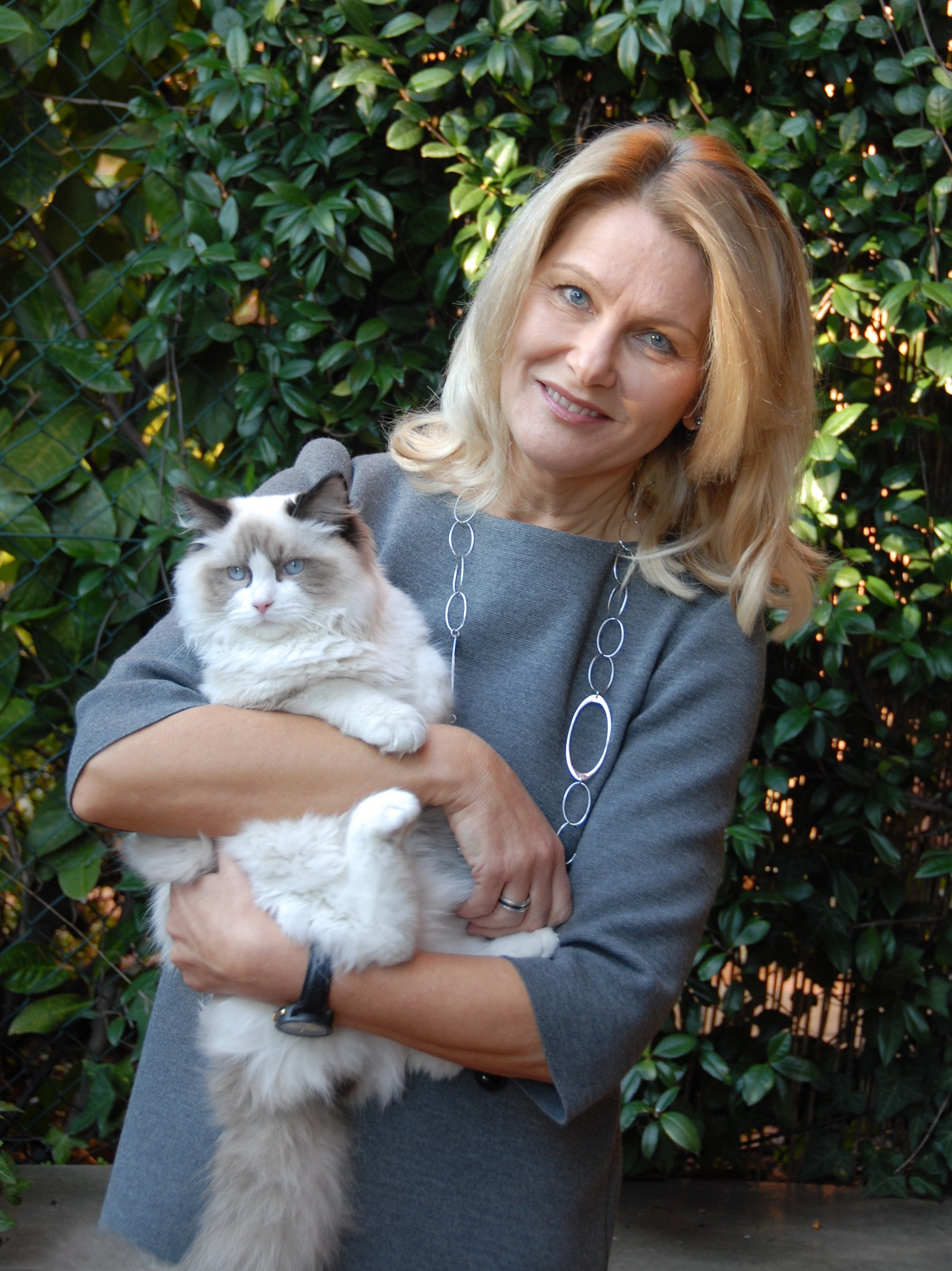 I’ve heard it said that our souls are attracted to different parts of the world. As I’ve been lucky to travel to various countries, I can honestly say that part of my heart lies in Italy. My first visit to Florence was in 1987 and more recently, last year.

Lucky for us, social media makes it easily accessible to meet people across the world whom previously would be absent in our lives. The photographers, restauranteurs, artists, authors, nature lovers, animal lovers, and political activists, that I’ve met on platforms such as Instagram and Twitter have not only broadened my outlook on life, but some have become good friends. Over the next few months, I’d like to introduce you to friends living in Italy who have helped in various ways to educate and guide me in the culture, history, and daily life of the Italian people while researching for my books.

My first guest is Åsa Thuvesen; avid cat and history lover, ESL teacher, extensive traveler, and cook – although by the photos of her food I think the word ‘cook’ is slightly inadequate.

Åsa has three Instagram pages, one of which she monitors for her quirky male ragdoll cat named pompeo.theragdoll and his new adopted brother, Zebrino. Åsa’s live_from_rome page is a photographic journal of Rome and surrounding areas complete with commentary and historical tidbits of information. The previous IG page segues into ricettediosetta which showcases Åsa’s love of preparing, eating, and cooking food – specifically Italian recipes.

MJB: What first brought you to Rome?

AT: Long story… I was born in Sweden but went to Australia with relatives when I was in high school to have a year off. However, I never returned to Sweden, to my parent’s great regret. Australia was a lot further away then than it is now; I remember my first flight from Stockholm to Canberra took 36 hours!

I had a few irresponsible, fun years in Sydney before I decided that it was time to go back to school, followed by university and later a certificate in teaching English as a foreign language. The obvious place to practice this new skill was Japan, but there were problems with work visas, so I ended up going to Hong Kong where I had stopped over on a flight a couple of years previously and had been completely taken by the exotic vivacity of the place.

Once again a year away turned into eight, at which point I had this strong desire to go and live in Europe. My Italian boyfriend did not think it was a brilliant idea and tried to talk me out of it, saying that life in southern Europe, at least in Italy, was way too hard for a person used to the easy life and affluence of Australia and Hong Kong. I persisted, however, and after traveling and visiting family and friends for a year, aimed for Florence. The boyfriend was at this stage an ex, but a very good friend, and helped me find both home and work. Unfortunately, life in Florence was very different to what I had experienced during brief visits, so after two years I decided to try my luck in Rome, a city with a very different feel to it.

MJB: What do you love most about Rome?

AT: There’s a lot I don’t like about Rome, which is more or less the same things that the natives complain about. It’s chaotic, it’s tiring and frustrating, but at the same time fascinating. The people are not as polite and well-behaved as in Florence, but neither distant or cool as the Florentines. The Romans are a straight-forward, open, noisy and fun lot.

As I didn’t know anyone when I arrived here, I would take my guidebook and go out and see a different area every weekend. I love history, art, photography and long walks, and Rome offers endless opportunities to immerse myself in exactly these. After twenty years here, there’s still so much I haven’t seen.

MJB: On your live_from_rome Instagram page, you feature an array of landscape, architectural, and artistic photos taken in and around Rome. Your photos showcase parts of Rome that could be easily missed by the rushed tourist. Can you tell us about some of your favorite areas of the city?

AT: I love the Aventine Hill with its elegant villas, incredible churches and in particular Giardino degli Aranci, the orange garden that provides welcome shade on hot days and great views over the city. And talking about views, another favourite is the terrace coffee shop at the Capitoline Museums that offers a panorama of a great part of the city.

My favourite church is San Clemente al Laterano, near the Coliseum. The current church dates from 1100 exactly, but you can take the stairs down to a huge 4th century basilica, and below this is a part of  the building of the imperial mint of Rome, a narrow lane and a private building with a mithraeum, that is a sanctuary of the cult of Mithras from 200 AD. It’s amazing to walk back in time this way!

I also love going for walks around Ostia Antica, Rome’s ancient port city not far from the Fiumicino airport, and the amazing gardens and fountains at Villa d’Este at Tivoli. I take advantage of the free entrance to museums and archaeological sites the first Sunday of every month and just go for a walk around these places, rather than doing the more traditional type of sightseeing.

And for a walk combined with eating, the Ghetto is great. Lots of restaurants serving delicious Jewish food, which is the basis for the local cuisine mixed with dishes from Abruzzo, the region East of Rome.

MJB: What first drew me to yourlive_from_rome page were the Etruscan ruins you feature. Can you tell us about the ruins near where you live?

AT: Certainly! I’m really into Etruscans nowadays, an absolutely fascinating people who were the first to build cities on the Italian peninsula at a time when Rome didn’t even exist. I started taking an interest in their history and culture when I lived just 500 yards from the largest Etruscan museums in the world, Villa Giulia, housed in an exquisite Renaissance villa from 1550. However, it was only when I moved to the outskirts of Rome two years ago that it became more of a passion. Our house is located in Parco di Veio, an area which is now protected from further development as it is part of the surroundings of the Etruscan city-state Veii.

The walled city was the immensely rich capital of Etruria and completely stunned the Romans when they finally managed to conquer it after a ten-year-long siege 400 BC. I often go for walks here on the weekends, and although only odd walls remain, it’s a magic place. Just outside the city walls, however, is the sanctuary of Minerva with the ruins of three temples. It was discovered in the early 1900s and, during the excavations, several magnificent statues were found among pieces of the decorations belonging to the exterior of the temples, all in terracotta, a peculiarity of the Etruscans. They are now on show at the Etruscan museum that I mentioned before.

MJB: Now let’s talk food! Your Le Ricette di Osetta Instagram page is full of taste-tempting treats. The vibrant colors of the food and beautiful presentations are a visual delight. How has living in Italy changed the way you think about food? For example: Is the food you cook dependent on what fresh foods are available? Do you shop at Farmer’s Markets?

AT: I’ve always been interested in food and its presentation, maybe not as much in cooking as in eating, which is my great passion. The dishes at ‘Ricette di Osetta’ are, apart from being very tasty and reasonably quick to prepare, extremely healthy. They are loosely based on ingredients from studies of Nutrigenomics and what is now commonly called Smart Foods.

I think it would be impossible to live in Italy and not be affected by its food culture. As a foreigner here it’s quite incredible listening to people having rather heated discussions on whether a particular pasta sauce would be better off served with spaghetti size 5 or 8, the numbers representing the thickness of the pasta. Note, we are not talking about different types of pasta, which would have some sense, but the marginal difference in thickness between two types of spaghetti!

The freshness of ingredients is an absolute must here, and I do go shopping for food at least five times a week. And well, yes, it would never occur to me to serve melon unless it’s in season. The sad, tasteless imported version of fruit, picked totally unripe in some distant part of the world is something I hardly ever buy. However, I’m not fanatic about eating only what is in season at zero kilometers. After all, I probably would have died from malnutrition during the long cold winters in my childhood in Sweden, if my mother had stuck to that rule.

I sometimes go to markets, but more often I buy my vegetables, some fruit, eggs and various types of honey from a lovely lady who abandoned her job some years back to grow organic vegetables. It’s an experience to visit her at her farm in what I call “the magic valley” nearby. You get the impression that you are far away in the countryside rather than just outside Rome.

MJB: Thank you for chatting with me, Åsa, now I’m hungry and have a longing to pack my bags and travel to Italy again!

Make sure to pop over to Åsa’s IG pages and follow her: