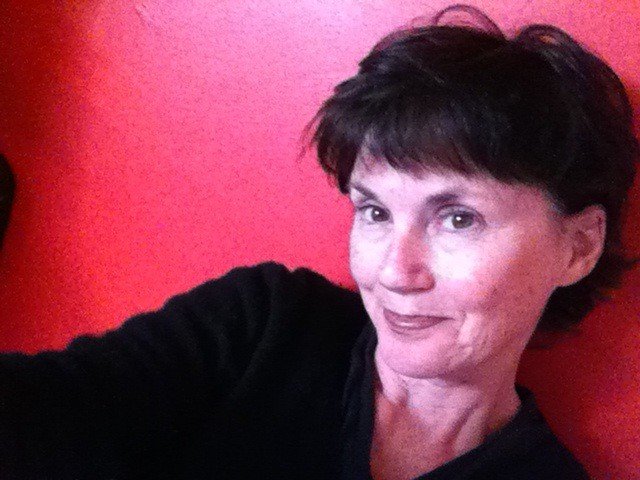 Today our guest is award-winning author Mandy Jackson-Beverly from Southern California. Currently, she is writing book 2 of A Secret Muse (trilogy) that will be out early 2017. We have conducted an interview with her.

How do you describe your writing style?
Reviewers have described my writing as complex and suspenseful, dark and broody, with complicated and nuanced characters and cinematic pacing.

I see my writing style as character driven. When a character has something to say, I listen, whether it’s the middle of the night, on a hike, while swimming, or during a meeting. I’m not apt to write in chapter order, but I do work with a strategy. I begin by writing notes regarding the structure of a scene from beginning to end and then I let these ideas simmer before I begin writing. This process can take days, weeks or even months, depending on the depth of research and intricacies involved. Once I finish writing an entire scene, I go back through the story and figure out where I can split each scene into chapters and weave them in and out of other scenes. But then there are moments when a character pushes his/her way to the front of the queue frantic for his voice to be heard. When this happens I drop everything. I listen and write and stop only when the whining from my dog and cat remind me I’ve been writing for ten hours straight and it’s way past their dinnertime. These days are magical. 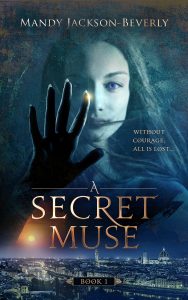 Who/what has influenced your writing the most?
The books my parents read to me as a young child sparked my love of story. However, the true-life adventures my paternal grandfather relayed to me about growing up in Hobart, Tasmania, Australia, laid the foundation for my love of storytelling as a form of entertainment. Granddad turned his childhood of near poverty into a series of stories rich with colorful language and humor. Dickens would have loved him.

I think artists in general are influenced by what’s going on around the world and the people they meet, both in the personal and collective arena. As storytellers it’s our job to capture these moments and put them into words. The first time I saw the painting “Ophelia” by John Everett Millais, and read Arthur Rimbaud’s poem of the same name, my character, Louisa, from “A Secret Muse” was born. My eldest son introduced me to the aforementioned poem and painting while in high school and I remember the moment distinctly: he shoved an open textbook in front of me and said, “I think you’ll like this, Mum.” He was correct. Something clicked in my heart when I saw ‘White Ophelia floating, like a white lily.’ This event happened years before I had begun writing The Creatives Series, but it was at that moment that Louisa emerged; a woman once full of life, love and bohemian vigor, but oh so fragile.

Jack London’s writing has always inspired me. When I learned about his life in San Francisco, his addiction to alcohol, and the first time I read the letter he wrote to his daughter about truth, I realized that this was a man who understood pain. He knew his weaknesses. London had a deep affection for all of his characters. His stories always take me on vivid journeys and thrust me out of my comfort zone, both emotionally and geographically. The job of a good storyteller is to transport the reader away from their current reality, to make it impossible to put their books down and to leave their readers wanting more.

How do your paintings play a part in characters & story development?

Often the images of my characters, how she/he looks, their style, demeanor, etc., are born through brush strokes. The same for certain plot points. I’m not a trained artist and at times I’m frustrated by my lack of skill. With this in mind, my images are about portraying elements of character as a visual map for narrative.

A few years ago my youngest son gave me his old Nikon D50 and now I’m obsessed with taking photographs. I’m drawn to dark and moody shots of locations, people, clouds, trees, old doors, deserted roads and buildings. These images help me pull together the parts of a scene. I follow talented photographers on social media, in particular, Instagram, and the images they post inspire me daily. In a world where people sling insults behind various pseudonyms, falling onto a page with fantastic visuals is comforting.

Music also plays a large part in the story and character development in my writing. I studied classical music as a child, through my teen years and at university, and even though I appreciate most genres, a few bars of Chopin’s Nocturne in E-Flat Major can bring me to my knees in a puddle of tears. I’ve been around music and musicians all my life, so it’s no surprise that this element plays an important part in my stories.

Why did you write your dark fantasy-fiction story “A Secret Muse” as a trilogy?
From the story’s conception I visualized The Creative Series in three parts. In “A Secret Muse,” book 1, I introduce many characters that form the historical basis of The Allegiance, while others were born in present time. This is an intricate tale, and it is my hope that by dividing the story into three books readers can take a breath and enjoy the multiple elements and characters the story offers.

What do you like most about writing cross-genre stories?
When I look at the list of genres on platforms such as Amazon, I think it would be difficult to find a book that doesn’t come under the headline of cross-genre. Physical bookstores seem to be more linear as far as genre listings, although I’ve found that literary fiction seems to encompass a broad list of genres.

In regards to my fictional stories, I would find it difficult to write without combining history, dark fantasy and suspense, particularly in my current series. I’m a history junkie, so mixing Renaissance Italy with fantasy and suspense lights my blood on fire.

Do you find cross-genre writing challenging?
The challenging part of cross-genre writing for me is that I tend to get lost while researching historical events. I want to know how fabrics feel to touch, how the cuff of a shirt looks when it frays, the names of trees and plants and the scents they carried, and how people survived tragedy and loss, the list is endless. While writing book two in The Creative Series I became obsessed with figuring out the weather on a particular day in the 1500’s. Three days later after consuming a ridiculous amount of coffee and dark-chocolate covered almonds, and shooting off emails to history buffs around the globe, I had the information I needed. I’m easily consumed by tidbits of information and I have an innate love of learning. I can’t tell you how many times I’ve been lost (sidetracked) in the rows of bookshelves at the Young Research Library at UCLA.