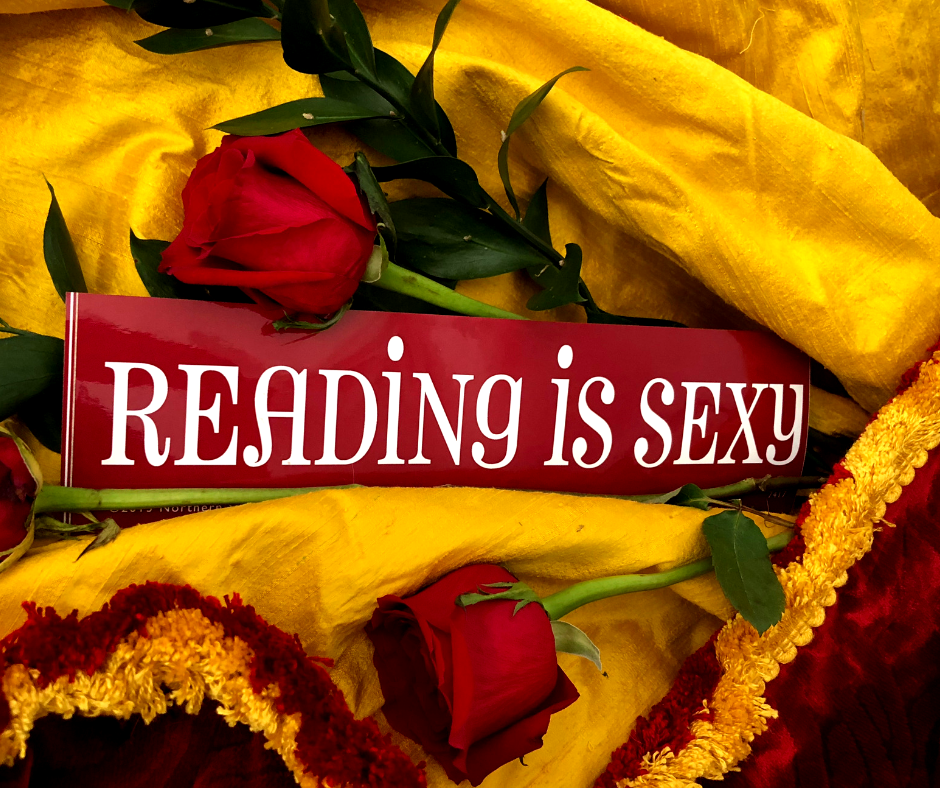 I’m calling 2018 my year of re-reads. A majority of the books I read over the past twelve months were stories I’ve read multiple times. I’m embarrassed to say I only reviewed two books for the New York Journal of Books this year: Gluttony Bay by Matt Wallace, and Time’s Convert by Deborah Harkness. Reviewing books takes time, and my own writing and research devoured a vast majority of my schedule in 2018.

The year began with my annual re-read of Paulo Coelho’s By The River Piedra I sat down and Wept. I’ve read my tattered copy over a dozen times and with every read Coelho’s words bring me to tears.

Other re-reads included Kathleen McGowan’s trilogy, The Magdalene Line: The Expected One, The Book of Love, and The Poet Prince.

For a much-needed escape from the dark news that seemed to flood the world this year, I re-chuckled my way through James Fahy’s urban fantasy The Phoebe Harkness Series: Hell’s Teeth and Crescent Moon. I’m waiting patiently for the final book in the series, and may the gods protect Mr. Fahy if anything happens to a certain rather delicious vampire.

And while on the subject of the paranormal…

I discovered the author Janine Ashbless and her Watchers series. The darkness of the story of book one, Cover Him with Darkness, hooked me immediately and I quickly moved through the rest of the series: The Prison of Angels and In Bonds of the Earth.

Take A Breath And Read

For a change in pace, I read a romantic series written by a friend of mine, Christina George. Her series is called The Publicist and is a humorous look at the private life of a New York book publicist. The stories reminded me of the craziness of the film business in LA during the ’90s. 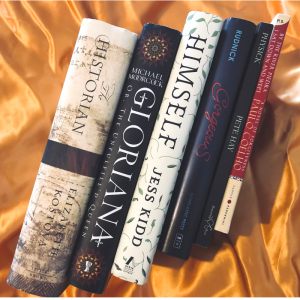 And speaking of romance…

I read Ink by Elizabeth Hunter—a step away from her paranormal genre. This was quickly followed by Rhys Bowen’s The Tuscan Child.

Jamaica Inn by Daphne du Maurier also called to me—again—so that was a treat.

Other re-reads included Paul Rudnick’s Gorgeous and Himself by the super talented Jess Kidd. Both books make me chuckle, which in case you haven’t noticed is something I appreciate in stories.

The year would not be complete without re-reading my all-time favorite book, Michael Moorcock’s Gloriana: Or the Unfulfill’d Queen. This marvelous story and Moorcock’s writing picks me up and takes me away from reality. I’m carried off into a world full of unique locations and characters wearing layers of charisma, guilt, and honor.

Oh, and of course I did my yearly re-read of Me Talk Pretty Sometimes by David Sedaris. And once again I drifted off to Budapest with The Historian by Elizabeth Kostova.

I read Stone of Fire by J. F. Penn (AKA Joanna Penn) along with a couple of her non-fiction books on the Indie Publishing Industry. Likewise to Penny Sansevieri’s books (interview to follow) whose quick reads about the publishing industry are to the point and no-nonsense.

Dan Brown’s Origin gave me plenty to ponder and made me rethink the world of AI. To keep up with the dark fantasy genre I read Obsidian Son by Shayne Silvers and re-read A Hidden Fire by Elizabeth Hunter. Alexandra Sokoloff’s page-turner Huntress Moon, has me looking twice before entering a public bathroom, and The Man of Legends by Kenneth Johnson has me rethinking history as did Anne Rice’s Prince Lestat.

J.R.R. Tolkien’s The Silmarillion is the go-to book that I pick up between reading other books and writing my own. One can’t help but be inspired by Tolkien’s magical prose. And when things in the political arena went from mad to worse, I turned to Alexis De Tocqueville’s Democracy in America. Once again, I was guided through history as De Tocqueville witnessed a young country full of hope, as it struggled and rose through the growing pains of youth.

Poetry was read and re-read. One book Physick by Pete Hay made me homesick for Australia and reminded me of the power of words to disrupt, disturb, and experience great beauty and love.

My collection of non-fiction research books warranted bringing yet another bookshelf into my study. Rather than listing the books here, I’ll save them for my author’s notes in book three of The Creatives Series. FYI, book three has completed developmental edits, and I’m currently reviewing line edits. Once the edits are completed the manuscript will be proofread, formatted, and housed in her cover. I shall kiss her, thank her, and send her out into the world.

What were a few of your favorite books that you read this year?