Too often we speak of human beings as statistics. We have forgotten the human element. We distance ourselves from that which makes us uncomfortable. We see compassion as writing a check, rather than the physical act of helping others. The further we distance ourselves from all aspects of humanity the easier it is to turn our backs. We start to question the reasoning behind giving money. Then our monetary gifts cease. We acquiesce to social conformity. We become blind to the cause of the less fortunate, choosing instead, to see them as an eyesore in the perfect canvas of our American dream.

This past June I was invited to teach a combined art and creative writing class to 80 children. Their teacher, Esther Andrews, teaches 6th Grade Dual Language, History/English/Spanish. I can speak first hand about Andrews’ teaching skills as she taught my youngest son 10 years ago, and for a few years we taught at the same school. Students have described her as, ‘compassionate, hard working and caring.’ I asked Andrews what it was like for her growing up in the United States as the daughter of Mexican parents.

I was the fifth of seven children born to Mexican parents. They came to the U.S. legally. When I went to school, the policy was English only and I remember not saying much or speaking up in class until I was in 3rd grade (we were punished if we used our native tongue). I spoke Spanish at home and English at school. My children speak a little Spanish. I married an American, and we spoke English at home. Plus there was this whole first generation, second-generation cultural shift. I rebelled against my parent’s culture, my daughters embraced it. By the time my children wanted to learn Spanish, I felt it was too late to start speaking only Spanish at home. Fortunately, they were all good students and had wonderful Spanish teachers who taught them well.

I found the sixth grade students eager to learn and not afraid to go out of their comfort zone. But I wondered about the difficulties Andrews faces as a teacher on a day-to-day basis.

The most difficult task in the lives of the children that I teach, is instilling in them a sense of confidence and purpose. They come to me as frightened children, but when they leave 8th grade, I can see them blossoming. I tell them of my blessed life and that they can all achieve the same thing if they put their mind to it and they learn to READ AND WRITE!

After the students had drawn their hands. I asked them to envision the hands of someone they love and write down their thoughts. Angel stood, and in a shy voice read aloud the paragraph he had written about his father’s hands, it began; “My father’s hands are stained with dirt.” Vanessa stood up next, and her words were similar, as were many others. Some of the prose the students wrote was more descriptive, they thought to bring in other senses, explaining how their grandfather’s hands smelled of tomatoes or strawberries. One child wrote that her father’s hands were scratched all over from repairing the broken trailer they call home.

Another wrote; ‘My mother’s hands are so soft they feel like a cloud,’ and many other children wrote that their mother’s hands smelled of rose scented lotion because at the end of each day they rubbed the lotion into their tired, cracked and stained hands.

The children who wrote these words were born in the United States of America. Their parents work long shifts picking the fruit and vegetables along highways dotted across the country, the produce you and I buy from markets. These are Angel’s parents and grandparents, and Vanessa’s aunts and uncles, brothers and sisters.

I asked Andrews what advice she gives to her students.

Most of my children’s parents (all Latino) work in the neighboring fields, and I tell them that my parents too, had to work in the fields. I tell them that could have been my life too if I had not finished school and gone to college. I tell them that I know first hand how hard this work is and that maybe one day, they won’t have to do the same type of work their parents are doing. I tell them perhaps, they one day, will be the owner of the field, rather than the digger or picker of that field.

These are the people who Mr. Trump, and others like him want to send packing back to Mexico. Our geographical neighbor, who he would prefer to be invisible behind a wall at the border. But walls won’t stop the cries of a mother separated from her child. These cries of heartache will churn through brick and mortar and echo into the boardrooms of Washington D.C.

A wall, no matter how thick and tall, will never stop the children from finding their voices. Thanks to the tireless work of teachers like Esther Andrews, these children will learn to read and write. They will find their voices. They will speak with compassion and dignity, and they will keep on speaking until the cries of their parents and grandparents are heard. 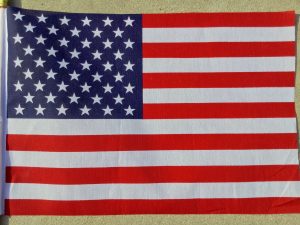 A few months ago, I became a citizen of the United States of America. My husband and our two sons were among the thousands of friends and relatives seated at the Los Angeles Convention Center, watching loved ones being sworn in to this country. I wish every American citizen could attend one of these ceremonies, and see first hand the pride on the faces of citizens being sworn in. To see members of the United States military, after they have already fought for this country, finally receive their citizenship.

It seemed fitting that the young man sitting next to me was from Turkey. Like many, he came to the U.S. as a student eight years ago. He worked hard, received top grades and upon his graduation was offered a position as an engineer. People from all over the world, people who, like me, came here to find the dream we had heard about; ‘work hard, anything is possible in America.’

For me, that dream came true, but like my fellow workers I’ve had to work my butt off. In the film business there are no set hours. Workdays run into nights, you take the work while it’s there and then panic when there’s a lull in the craziness. After the birth of my children, I became a teacher; endless hours of preparation, low wages, working weekends, on call, exhausting and stressful. But with both of these positions the joy is in the final product. Seeing my art on film or in print, seeing the student who made me grateful for hair color claim his high school diploma, that’s how we claim our dreams in America.

Come this November I will vote to help Angel and Vanessa’s families. I will vote with the human element in mind. This country was built on the blood and sweat of immigrants, to vote any other way would not be democratic.